According to reports, Dubai has its own Monopoly game. The much-discussed Dubai version of Monopoly board game is now available in stores. The launch of the Dubai monopoly version makes the emirate the first in the Middle East to get its version.

The launch of the Monopoly Dubai version makes the emirate the first in the Middle East to get its version.

WHAT MAKES THE DUBAI VERSION OF MONOPOLY UNIQUE?

Monopoly has developed into a comprehensive landlord and property game over the years, seeking to simulate real-world scenarios such as intelligent investing selections, strong ROI, and more. Although the classic edition of the game is set in London, it isn’t the only Monopoly board available. Owners may deposit service fees instantly into this portal to prevent possible issues or hassle. Monopoly has developed nearly 100 city-building games over the years.

Dubai has recently joined a select group of cities worldwide that use their own customized Monopoly game. The board game includes a few of the emirate’s most famous monuments, with Burj Al Arab being the most popular.

It’s fascinating to see how the game has blended old and new, premium and accessible real estate prices in Dubai, such as the luxury rental flats on Bluewaters Island and the more budget brands in Dubai Festival City; or the old village of Al Fahidi and the contrastingly modern Dubai Marina. 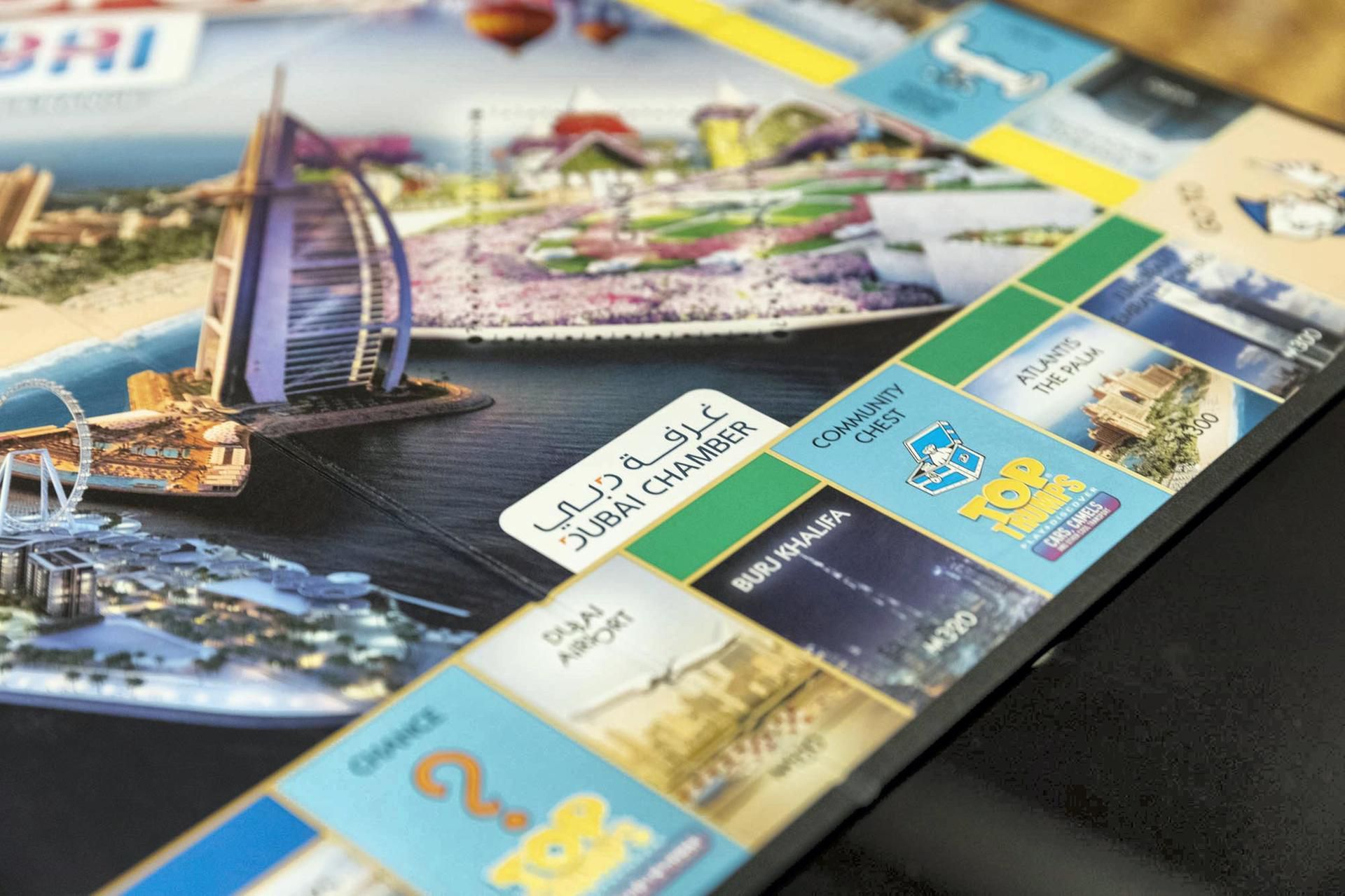 Other locations on the Dubai Monopoly board game involve:

According to the board, the following entities are also important to mention when it comes to Dubai’s transportation and travel system.

Purchase the board game and each of these items to build your own Dubai kingdom. 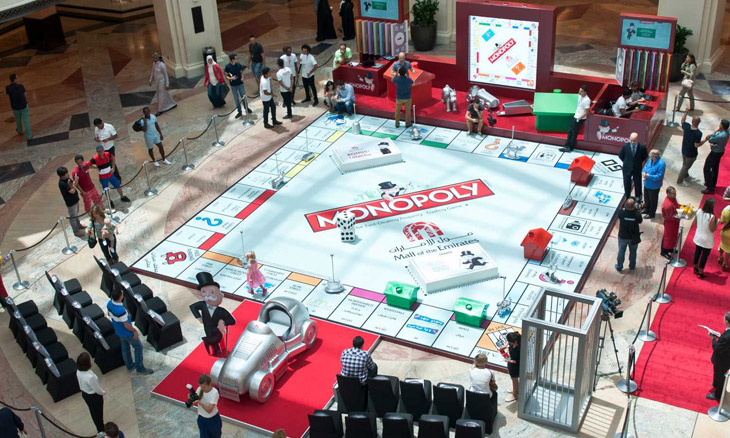 DUBAI-OPOLY AND MONOPOLY DUBAI LIMITED EDITION ARE NOT THE SAME.

The Dubai Chamber of Commerce and Industry just launched Dubai-Opoly, a localized variation of the board game Monopoly. It was designed to encourage Dubai as a worldwide economic and leisure center. That game is not the same as Dubai Monopoly.

Winning Moves produces the Dubai Monopoly board game. This firm, situated in the United Kingdom, holds an exclusive license to develop Hasbro board game city versions (the original owners of the Monopoly game franchise).

According to the game’s producers and suppliers, the game’s producers and suppliers haven’t revealed the price because it won’t be released until Tuesday, November 5, 2019. If someone had to make an educated guess, pricing of the Dubai Monopoly version  would be between AED 120 and AED 220. It’ll only be a question of time before we know for sure.

So, who is up for a bit of fun land trading? Don’t get us wrong: we understand how intense a game of this version of Dubai Monopoly can be, especially when the prized property is the Burj Khalifa.

If you appreciate computer games and are always looking for people and locations to play them with, go to one of the board game conventions.

Billiards in Dubai must be at the top of your list of activities to do with your friends if we’re looking for old enjoyment.

Dubai is a fantastic city to visit if you know where to find entertainment. And it might happen right in your own home, with a good board game and your preferred folks to play with. What is your best game to play on a board? Kindly let us know in the feedback area. Team PointRaiser - April 15, 2021
0
Here is how you can check VIVA STC mobile and internet balance with USSD codes and mobile app. There are many reasons to check your...

Team PointRaiser - April 12, 2019
0
The procedures to convert SIM card to Zong network is pretty easy. What you need to do is to simply go to the service...

Team PointRaiser - October 24, 2017
0
Many users face problem while recharging their smartphones through ufone scratch card and sometimes they are just not  near to an easy paisa shop...

Team PointRaiser - November 11, 2021
0
If the JazzCash mobile account no longer serves you and you no longer require it, closing the JazzCash account is a straightforward process. However,...

Team PointRaiser - March 18, 2019
0
Jazz social package is perfect for all those who want to get free MBs for Facebook, Whatsapp, and Twitter each day. The social package...

Team PointRaiser - March 24, 2019
0
Mobilink Jazz is one of the best telecom network in Pakistan. It is not only powerful, fast, reliable, and available at all places in...
Copyright © 2019 Pointraiser, All Rights Reserved.