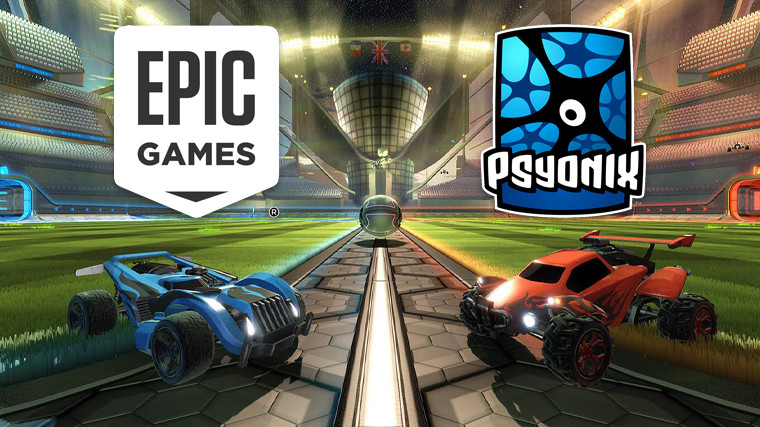 Rocket League Controller Not Working. What to do?

Psyonix created and released Rocket League, a vehicle soccer video game. Available platforms include the Playstation 4, Xbox One, PC, and Nintendo Switch. As you play Rocket League, you may encounter issues such as the game crashing, failing to start, etc.

You can face another problem playing Rocket League on PC through Steam. Players have complained that Rocket League does not properly detect their controllers. Windows 7, 8.1, and 10 are all susceptible to this problem. Rocket League controller not functioning often occurs while attempting to play the game using Steam.

Looking for solutions to this problem? We will provide some in the next section.

Here are some of the best ways to fix Rocket League Epic games controller problem.

Sometimes the controller won’t function while streaming Rocket League because of the Big Picture mode. There is a setting that can be changed to resolve the problem.

2. Make Sure You Have the Latest Drivers for Your Controller

Problems with the DualShock 4 controller and Rocket League may be annoying. The malfunctioning driver is usually the root of the problem. Users have reported that the issue was resolved after installing the appropriate driver.

If Rocket League isn’t recognizing your controller, you may try again to restore its firmware. Some people who use the DualShock 4 controller have found this to be useful.

You need also do these steps:

If you’re using an Xbox One controller and Rocket League through Steam and you’re having this problem, it’s possible that the game isn’t set up to support Steam Input.

Several players who experienced the problem have said they were able to fix it by adjusting in-game settings to compel Rocket League to utilise input through Steam. Some players have said that the problem went away once they did this and restarted the game while using their Xbox One controllers normally.

iMessage Games Not Working: How To Fix? How to Check Mobile & Data Balance in Friendi?

Team PointRaiser - November 8, 2022
0
Learn how to check balance of Friendi SIM card in Saudi Arabia with app and with USSD codes. Both methods are available in this... How to Share Zain Internet Data With Other User

Team PointRaiser - September 19, 2019
0
There is a good news for Zain Saudi Arabia customers. Now, Zain users can share internet data from one SIM card to the other...

How to Share Zain Internet Data With Other User

Team PointRaiser - September 19, 2019
0
There is a good news for Zain Saudi Arabia customers. Now, Zain users can share internet data from one SIM card to the other...

Team PointRaiser - September 7, 2018
0
In this article we are going to talk about internet balance and why is it necessary for Vodafone customers to know the USSD codes...

Team PointRaiser - October 8, 2018
0
Whether it is World Cup Series, Asia Cup, or Pakistan Cricket League matches, you can now watch all of them live on your Ufone...

Team PointRaiser - August 11, 2018
0
Mobilink Jazz 4G APN Configuration Settings for Pakistani users are provided below. If you are a Mobilink Jazz users you would want to get internet on...
Copyright © 2019 Pointraiser, All Rights Reserved.